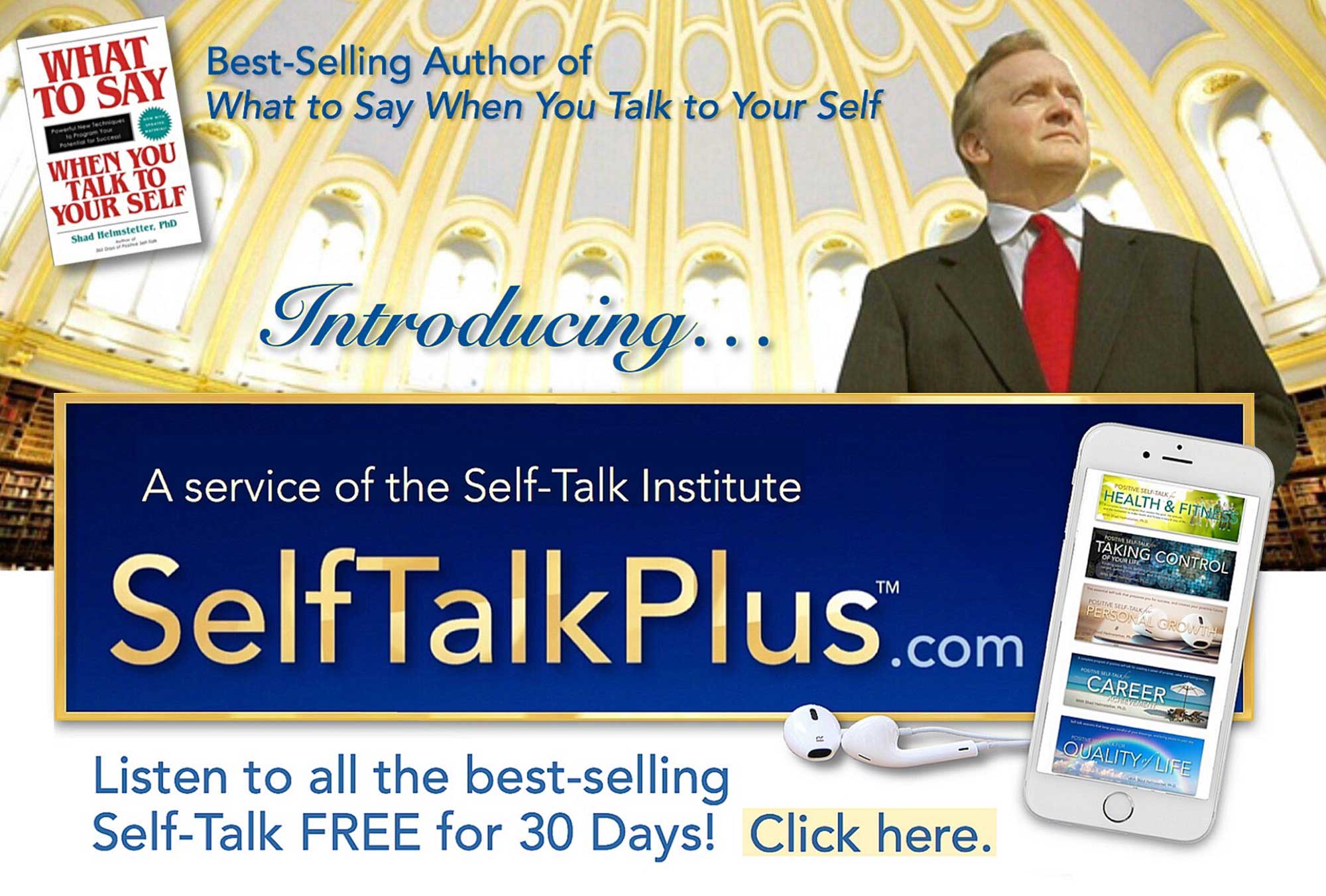 Shad Helmstetter, Ph.D., is the best-selling author of more than twenty books in the field of personal growth, including the classic What to Say When You Talk to Your Self, and the recent The Power of Neuroplasticity and the 365 Days of Positive Self-Talk series.  His books are published in over seventy countries.

Shad Helmstetter is the pioneering dean in the field of self-talk. He is the first behavioral researcher to focus on the role of self-talk as a primary programming source that directs our life path and personal effectiveness, and he identified the actual self-talk words and phrases which most impact our individual programming. Based on his research, he produced the first professional self-talk audio programs in 1981. Now, over thirty years later, his recorded self-talk programs are listened to daily by thousands of individuals worldwide.

Writing in clear, layperson’s language, in What to Say When You Talk to Your Self and in his subsequent books, Shad introduced the concept of self-talk to the general public, and set the stage for the use of self-talk programming to take its place at the forefront of personal development.

Dr. Helmstetter has personally brought his breakthrough concepts to audiences throughout the world, speaking in person to as many as 250,000 people a year.  He has continued to inform the field of human behavior with his latest research into the mind/brain foundations of success, and has personally trained over 125 Certified Self-Talk Trainers™ to present the self-talk message to audiences in the U.S. and internationally. He has also reached millions of listeners and viewers in his appearances on more than 1200 radio and television programs over three decades, including repeat appearances on Oprah Winfrey, ABC, CBS, NBC and CNN News.

Dr. Helmstetter is the founder of The Self-Talk Institute, which teaches individuals to present self-talk training to groups and organizations, and The Life Coach Institute, which trains and certifies life and business coaches in the U.S. and internationally.

Shad began his personal development career in 1972, when he developed the personal life coaching system that would later be adopted for use by life and business coaches, and formed the foundation of the Life Coach Institute.

After deciding against his earlier choice to enter the ministry, and later, in the 1980s, working as a successful consultant to business organizations, Shad returned to school as an adult, with a desire to focus on human behavior and motivational psychology.  He studied at Harper College in Palatine, Ill, San Jose State, and Southwest University, where he received his Ph.D. in motivational psychology while writing his first books and continuing to work full time.  He has presently written more than twenty books in his field, including three self-talk books for children.